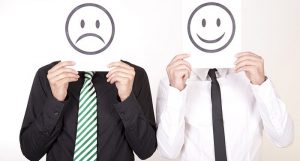 What do we really know about employee engagement, based on rigorous research? What are the myths, and the dangers of believing them?

There’s a lot of information on employee engagement. Yet, at last count, the ratio of popular media to scientific studies was 41,000 to 1, even though engagement was born in the organizational ‘lab’.

In an attempt to counter the hearsay, here are 10 general facts about engagement from peer-reviewed, organizational science research as highlighted in my chapter in the new Research Handbook on Work and Well‐being.

There is good agreement on definitions of engagement

No, seriously. Contrary to what you read in business magazines, blogs, and LinkedIn posts, there is fairly good agreement among work researchers. Yes, there are minor quibbles, which only look bigger in the polite discourse of scientific writing. In reality, they’re just nailing down the last 5 to 10 per cent.

So what is it? Engagement is a human state, and short-lived, like fear or surprise. It has cognitive aspects, such as attention (“I concentrate a great deal on my work”) and absorption (“Time flies on my job”), as well as emotional elements, such as energy or vigour (“I feel energetic when doing my job”). Some researchers add physical (“I really ‘throw’ myself into my job”) and dedication components. That’s about it. Some studies show these things to be inter-connected as one thing.

The modern take on engagement began with William Kahn (1990) and was later fine-tuned by other researchers, including (but not limited to) Wilmar Schaufeli and Arnold Bakker.

Why should we believe these guys? Well, for one thing, they came up with it. They also pioneered its research, including isolating its drivers and outcomes, and distinguishing it from other things (very important). Unfortunately, while their research progressed slowly, the word engagement was lifted by other people, and applied to anything and everything to do with employee attitudes and behaviour. Ironically, one of the most valuable concepts to emerge from decades of OB research was left behind, while faux engagement flourished.

Many engagement surveys do not measure engagement

We used to call them employee surveys or organizational surveys, and they were intended to measure comprehensive workplace models like this one.

There are some good, off-the-shelf employee surveys out there. However, many others do not measure engagement. ‘Engagement survey’ has become a red herring. Sometimes they re-package old things as engagement (i.e., jangle fallacy). Other times, engagement is confused with its drivers (e.g., having good friends at work), or, it overlaps with other outcomes (e.g., satisfaction, commitment, effort/striving, stay intentions).

Some people claim that these are part of engagement. Yet, over 100 peer-reviewed, research studies, using mathematical modeling, have shown these things to be separate from engagement as described above. One source here combines several studies. The disconnect between researchers and practitioners on engagement has been a source of on-going concern, as voiced in a recent article by Catherine Bailey at the University of Sussex.

There are downsides to ignoring ‘real’ engagement. If your survey doesn’t measure it accurately, then you can misidentify things to change in your organization. Money gets wasted on the wrong things, and you forego the evidence-based benefits of science-based engagement (see ‘bottom line’, below).

To illustrate, I back-engineered 13 ‘industry’ definitions of engagement using data from one of my studies. Two science-based measures of engagement and perceptions of work characteristics were also included. I found that when organizations go with an industry definition of engagement, they’re likely to misidentify the drivers of engagement more than 80% of the time.

As an aside, even too much real engagement can be harmful for employees, as shown here.

Engagement is not entirely new

There are precursors. They’re not the same, but they contain similar themes of being ‘absorbed’ in the moment, and bringing the ‘whole self’ to a task. Abraham Maslow talked about peak experiences. Mihaly Csikszentmihalyi talked about flow. ‘Engagement’ can also be found in empirical models of mood.

How old are these ideas in the workplace? At speaking gigs, I sometimes show excerpts from textbooks describing engagement-like concepts. Although these books seem recent, they actually date back to the 1930’s. This reminds me of work theorist Frederick Herzberg, who grew tired of answering questions about employee motivation, and penned the famed HBR article One More Time: How Do You Motivate Employees? That was in 1968. Workplace fads and trends don’t come and go. They ebb and flow in cycles.

There are no ‘three things’ that drive engagement

We want to simply things. Marketing tells us to put everything in ‘three boxes’. It’s only natural, since our brains can’t make sense of too much information. Unfortunately, this can lead to biases.

In reality, human beings and organizations are complex. Fortunately, we have rigorous employee surveys and advanced analytics. We know that over 50 work factors have been linked to engagement across 300+ studies, some of which are reviewed here. This is one reason why we should use short, ‘pulse’ surveys only sparingly. Measure too narrowly, and you don’t know what you don’t know. You miss spotting impactful things in your organization. As they say, what gets measured, gets managed.

There are some relatively stronger drivers of engagement, such as work-role fit. This happens when an employee feels that, who they are as a person, is strongly aligned with their work (i.e., authenticity). It’s also part of meaningful work, which study after study has strongly connected to engagement.

Engagement derives from the person and the job

“How do we engage our people?” It starts with selection, because some people are engaged, no matter where they work, because of their personality. A meta-analysis of many studies suggests that engaged people are dispositionally more conscientious, happy, and proactive. Other reviews point to extraversion, emotional stability, and general self-efficacy. Employers, however, are not off the hook. Engagement is equally affected by work factors.

Work-life balance is not important for engagement

Generally, engagement is more affected by the immediate aspects of a job, in terms of its tasks or ‘thingness’. This is one reason why pay is also not a strong driver of engagement, because there is no wad of cash taped to your monitor while you’re working on a report.

Engagement is not the only critical employee outcome

We tend to over-focus on the fad de jour. Yet, employers have to contend with many issues that research has separated from engagement. “How do we get employees more committed?” “How do motivate people to give 110%?” “Why are our disability costs so high?” “Why are people leaving?”

Job satisfaction, for example, has become the poor cousin of engagement, despite nearly 80 years of research on its importance. In one study, job satisfaction had a bigger relationship with commitment and stay intentions than engagement. A meta-analysis of several studies even suggests that engagement may not be as important for performance, in the long run, than job satisfaction and commitment.

For starters, studies have linked engagement to other ‘soft’ outcomes that have been monetized. Engaged employees are more satisfied and committed here and here, and tend to stay with their employers here and here. My recent review of many studies also found that engaged employees are healthy employees. They’re also higher-performing, as shown in multiple studies here and here. Finally, research shows that increases in engagement predict (and precede) increases in both customer loyalty and financial returns.

One major caveat. LinkedIn discussions are rife with comments like “Engagement is whatever you want it to mean”, “Engagement is different in every organization”, and “In my opinion, engagement is…” The findings, above, apply only to the science-based forms of engagement that were introduced earlier. Research has shown engagement to be an organismic state that is largely independent of context (including culture). Having your own definition of engagement is like saying that cancer is different from hospital to hospital.

Engagement surveys are not a waste of time and money

Bad employee surveys are a waste of time and money. It depends on how they’re designed, what’s on them, how the data are analyzed, and what’s done with the results.

When surveys are done poorly, we get useless results. Then, we blame surveys in general (i.e., category error). Sixty years of research have shown that surveys and questionnaires, when done well, are more accurate for gathering psychological data on people than more subjective, qualitative methods (e.g., walk-about’s, focus groups, social media). If an employee survey isn’t designed against best measurement practices (examples here and here), then there’s no evidence that it measures anything well, including engagement.